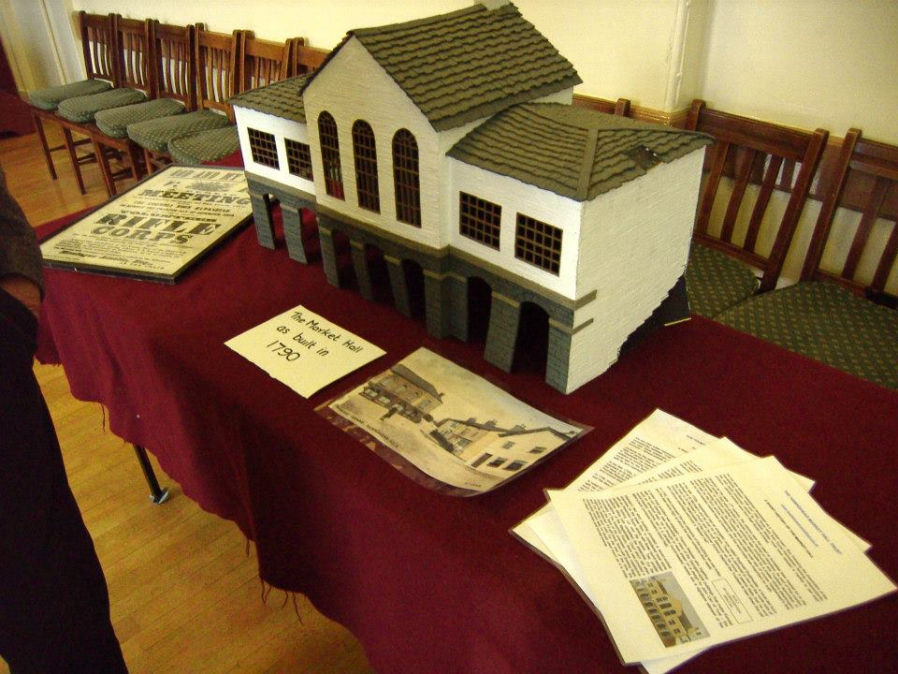 It’s not clear when Hawkshead developed as a “market town”. But, following the dissolution of the monasteries between 1536 and 1540, those who then found themselves farming independently the vast tracts previously owned by Furness Abbey must have needed a market to sell their produce – almost entirely wool from their flocks of sheep.

Certainly by the early 17th century, the citizens saw the need to formalise their market for, in the reign of James I, they were granted a charter to hold a market on Mondays. As part of that market, a “shambles” (a covered market area for vendors) was constructed and Trustees appointed. In addition to running the market, the Trustees were also responsible for a shelter where passengers could wait for the ferry across Windermere: the cross-lake route was of course Hawkshead’s link with its next-nearest market town at Kendal, and the wool trade was important for both.

In the late 1700s, Hawkshead’s vicar was Reginald Braithwaite, an energetic local man who held the post for 47 years. There is a memorial to him on the north side of the nave in St Michael’s church and he built Belmount as his home. He and Thomas Bowman, Headmaster of the Grammar School, inspired the Trustees to tear down the old and ruinous shambles and build a “Market Hall”.

In 1790, there emerged the key elements of the building we see today and the date stone high up above the lower entrance door reads: BUILT BY SUBSCRIPTION MDCCXC

A noted local architect was engaged - Francis Webster who, together with his son George, was responsible for many of the Georgian-style buildings that make Kendal such an attractive town. He is thought to have drawn on a design by John Carr of York – the round-headed windows set in a parallel round-headed recess are a signature element of the latter’s work (compare Kendal’s Abbot Hall).

Webster’s two story building provided a seven-arched shambles on the lower floor, in unrendered local stone with an Assembly Room above with three round-headed windows looking out over the square. Two smaller pavilions either side completed the ensemble. For the convenience of the Magistrates’ Court which sat when necessary in the Assembly Room, there was provided a lock-up at the back of the shambles where malefactors might be detained. It’s still there, lined with Brathay flags, and it’s damp and cold! For the rest of the time, the Assembly room was no doubt used much as it is today for plays, dances and social events.

William Wordsworth who had known the old shambles from his time as a pupil at Hawkshead Grammar School did not entirely approve of the change. In Book II of The Prelude, he writes:

"“A grey stone of native rock, left midway in the square Of our small market village…was split and gone to build A smart Assembly-room that perked and flared"

The grey stone had been the site of one lady’s market stall for over sixty years and (on non-market days, presumably) served as a slide for the boys from the Grammar School.

Come Queen Victoria’s Golden Jubilee in 1887, the Trustees decided to enlarge the Assembly Room by incorporating the western pavilion and creating a further two arched windows to give the five that we see today. A commemorative stone centered above the new windows reads: ENLARGED IN HONOUR OF QUEEN VICTORIA’S JUBILEE

It seems likely that at the same time the Trustees also enclosed the open shambles to provide the Lower Room and the caretaker’s cottage. One of the original window frames survives – the last window on the left hand side.

There have been no significant structural changes since the 1887 rebuild but a major modernisation programme was undertaken in the early 1960s to lay a new floor, improve the acoustics and generally upgrade the facilities.

In 2010, the Trustees decided on a further upgrade providing a new boiler and lighting, a fire-alarm system, new kitchen facilities (with a fully-equipped kitchen on the lower floor) and full internal and external decoration. This was inaugurated by Miss Victoria Wood to mark Queen Elizabeth’s Diamond Jubilee in 2012.

The Market Hall has been a central feature of Hawkshead life and commerce for close on three centuries. It is also part of the village’s history and is listed by English Heritage as Grade 2 (ref no 76871). The Trustees are committed to providing a building which will continue to serve Hawkshead for the centuries to come.